Mahapragya played an instrumental role in the Anuvrat movement launched 2 March 1949 by his guru and then head of Jain Shwetambra Terapanth, Acharya Tulsi. The ultimate aim of the movement was and remains to create a nonviolent socio-political world order with the help of a worldwide network of self-transformed people. Since its inception it has inspired millions of people to practice purity and self-discipline in personal life[16]. Mahapragya helped Acharya Tulsi in the preparation of the contents of Anuvrat and worked as a core member in the movement, many times playing the role of Acharya Tulsi's representative in explaining the principles of Anuvrat to society[17].
Acharya Shri Tulsi nominated Muni Nathmal as the Secretary (Nikaya Sachiv) of Terapanth in 1965 at Hissar Harayana after being Group leader (Agraganya) for almost 21 years[18]. 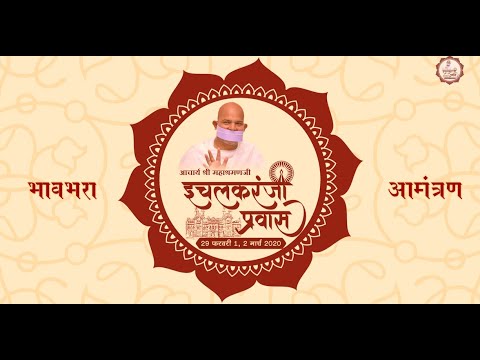